Since 1960, Dillon Plumbing has been serving the community’s plumbing needs with efficiency and pride. Generations have trusted the personalized service of Dillon Plumbing and its employees — an honor we carry proudly. Our company delivers old-fashioned, quality service paired with the newest technology. Here, we believe that trust is a craft — one which we have been perfecting since our beginning. When you choose Dillon Plumbing for your needs, you can have peace of mind knowing ethical and skilled plumbers are working for you. We offer service repair for residential and commercial buildings, along with installation of new products. We also handle drain repair, cleaning, and clog removal. As we say, “we do everything from sink to sewer.” We pride ourselves on always doing the right thing, with a focus that centers around our customers’ best interests. That’s how we’ve sustained our business for nearly 60 years, and we look forward of many more decades of service.

Our Mission is to Make Plumbing an Art

There is more to what we do than just putting pipes together. It’s how the system works, how it looks and the function of what we do. When a job is finished there is a joy we receive by knowing that it looks good, and works. We take pride in what we do!

We as a company and those employed here believe in “Respect for Humanity”. We believe that people in the community make our society and our community a more respectful place to live and work. Our lives at home, in our service and in the community our goal is to set that standard for others by respecting others through our words and actions. Learn more about our Respect Award.

The Respect Award is given to kids, people in the community and our workplace to those that make our society and our community a more respectful place to live and work.

Protecting the Health of the Nation is understanding plumbing systems and how they work while keeping the water you drink safe, and the waste disposed of properly. We take our profession very seriously and will always ensure the job we do is done right. While some may know a little about plumbing, that doesn’t make them a plumber. We take pride in what we do and the fact that we call ourselves “Plumbers”.

In 1960, a Christian couple decided to make their dream a reality by opening Dillon Plumbing & Welding in Nampa, Idaho. Little did they know, this business would establish a legacy that transcended through generations and became a respected fixture in the community.

James Lloyd and Clara Dillon – James Lloyd learned the welding trade when he served in World War II. After the war, he learned to be a journeyman. Together, with his wife, Clara, they established the business, with James calling on clients and Clara handling scheduling and bookkeeping. They later dropped the welding side of the business and changed the name to Dillon Plumbing.

As he established a book of business and developed a reputation as a hardworking Christian, James inspired his son, John, to learn the family business. As a young man, John went through the process of becoming a journeyman. In 1983, John and James became partners. The father-and-son duo worked side by side for years before James retired.

John and Myrna Dillon – John and his wife, Myrna, assumed full ownership of Dillon Plumbing. John continued the good work his father had started, serving customers and conducting business with the strong values that were taught to him.

But sadly, at the age of 43, John suffered a massive heart attack and passed away. His sudden death placed the sole ownership of the company in Myrna’s hands, who had been helping with running the front office and books for years. With two young children at home and grieving the loss of her husband, Myrna decided she wanted to do everything she could to keep Dillon Plumbing alive. She kept telling herself “I don’t believe I’m supposed to shut the business down.”

Within two weeks, she faced her first obstacle. The state of Idaho requires one journeyman at the business to have a contractor’s license, which her late husband previously held. Without her husband, the state threatened to shut down Dillon Plumbing. Myrna approached the most experienced journeyman at Dillon Plumbing, gave him the week off to study and asked him to try to pass the contractor’s test. He did, and this fulfilled the state’s requirement.

The next six months were filled with hardship. While Myrna worked hard on business operations, she discovered that two of her journeymen were taking advantage of her. Firing them would have meant she wouldn’t have anyone to provide service to customers, and it would put the contractor’s license in jeopardy.

Myrna decided to try and sell the business. She printed 200 flyers about her intention to sell, but she received only one call — from a man named Tobi. Tobi had known her late husband and offered to help Myrna after he passed. Knowing it was a long shot, Myrna inquired with Tobi to see if he would buy the business.

Tobi was not only interested, but his values aligned with Myrna’s values, making the transaction a perfect match. Tobi met with Myrna on a Saturday in 1993, nearly a year after John had passed. By Monday, Tobi was the new owner of Dillon Plumbing.

Tobi Wilson – At just 33 years old, Tobi recalls he was probably out of his mind when he bought the business. However, his father always told him that if he had the chance to buy an established business, he should.

When Tobi acquired Dillon Plumbing, he went through a period of trial and error to keep the company afloat, and then later grow the business. The Dillon name worked in Tobi’s favor because many locals already had a loyalty to the business.

Tobi weathered several years of hard times, including several times that he almost missed payroll due to a delayed check from customers. He also managed to keep his doors open through the recession in 2008, relying heavily on his residential base when commercial building stalled. These were two examples where the grace of God and the Dillon name kept the business going. In 2017, Tobi decided to seek out a new owner for the future.

A free-thinking entrepreneur who made his own rules after a series of hardships, Brandon has been both a successful entrepreneur and consultant to other small business owners. One of the businesses he started, UltraClean Disaster Response Team, grew into a $2.4 million operation.

Bringing Dillon Plumbing into the digital age, Brandon is committed to keeping the community spirit of the business alive while steadily growing it to continue its legacy for years to come.

Since 1960, we have grown our customers' trust in our expertise and that we have their best interests in mind. 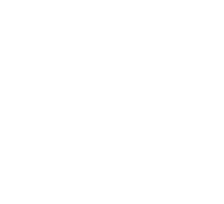 We Make Plumbing an Art - Attention to Detail is Our Craft

Our experts are here to help you with fast friendly service!
SCHEDULE SERVICE

Expert Tips for Your Home

Symptoms Your Sewage Line is Compromised
When To Replace Your Water Heater
A Shower Saga: What Is Really Clogging Your Drain?
HOME / About Us